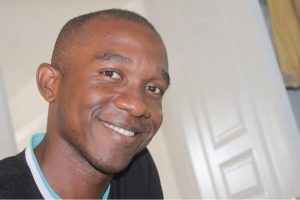 Princy was born in 1989 in Haiti, and has just moved to Montreal. He attended primary and secondary school with the Frères de l’instruction chrétienne and persued his university studies in the Dominican Republic. He is interested in the field of communications and technology, he loves music and helping people in a vision to change the world. He is studying civil engineering with the goal of helping to restore tourist and historical sites in Haiti. 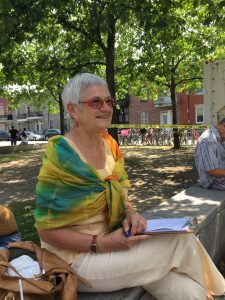 Raizel at work at the Place Gerald Godin, observing in French, English and Yiddish.

Raizel grew up in a Yiddish household. Proud graduate of the Peretz School, as a child she became involved in the Dora Wasserman Yiddish Theater where she continues to be active today. She made her career in education as a teacher and school principal. Now retired, she enjoys traveling and volunteering on the Yiddish Committee of the Jewish Public Library of Montreal and other community organizations.

Jessica at work July 15th at the Jean Talon market, writing in French.

Originally from Chicoutimi, Jessica has lived in Montreal for 16 years. An emerging artist in literature and cinema, she is also involved in the social work. She works as a coordinator for a reading and writing program and as an outreach worker for newly arrived immigrants. Having grown up in a vast territory where one had to walk for kilometers to meet friends, she appreciates the eclecticism of the big city and its vitality. 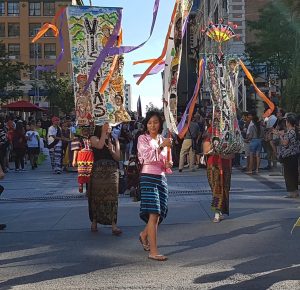 Sheryl Anne Montano is involved with the Centre for Philippine Concerns and Anakbayan Montreal, a youth advocacy group organizing around issues affecting the Filipino community in Canada and the struggle for national democracy in the Philippines. Her family’s migration journey and firsthand
experience of health inequities propelled her to a career in global health. In her spare time, she enjoys gallivanting around the city, devouring sci-fi and fantasy books and experimenting in the kitchen. 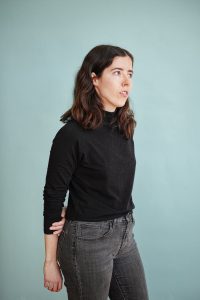 Shannon worked in French and English, July 29th, at Lock Number 5 on the Lachine canal.

Native of Ontario, Shannon has been adopted by Montreal. She is a professor of mathematics at the adult eductation centre of the High School of Montreal. Living in the bi-lingual community of the Mile-Ex, she is interested in literature and all forms of art. She travels frequently to foreign locales, but a francophile, she hopes to live in Quebec for a long time. 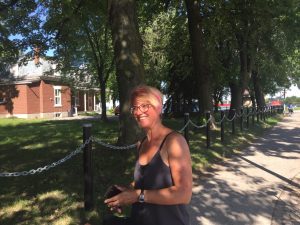 Patrizia made her observations in Italian and French in old Pointe aux Trembles.

Born in Italy, Patrizia moved to Montreal after a stay in China where she conducted research on the role of minority cultures in Chinese society. Since then, she has continued to focus on the issues of cultural difference and immigration, especially for women. Trained in political science, she workes as a community organizer in Côte-des-Neiges 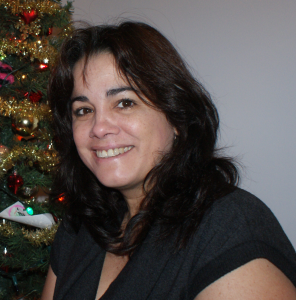 Yaima made her observations in Spanish and French at the site of the ancient village of Hochelaga.

Of Cuban origin, Yaima has lived in Montreal for five years. Upon arrival, she studied French for 6 months, followed by communication courses and workshops on Quebec society and culture. In 2015, she obtained a certificate in Immigration and Inter-ethnic Relations from the University of Quebec in Montreal. For more than two years, she has volunteered at the Montreal Women’s Center to aid immigrant women overcome their difficulties. More recently, she has developed her own therapeutic practice in intercultural intervention. 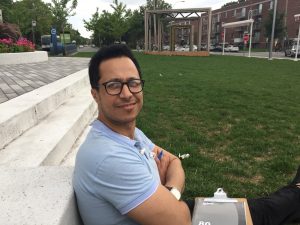 Akram made his observations in Arabic and French at Park Rodolfe near the Côte Vertu metro station.

Originally from Morocco, Akram is very active in his community in Montreal. He works in webmarketing for different community associations and promotes the inclusion and enhancement of skills of immigrants. Founder of “D-Target Communication”, Akram has won several awards in the field of innovation, entrepreneurship and webmarketing. He is also interested in sports, media and cinema.