Originally from the American midwest, Fortner Anderson has lived in Montreal since 1976. He is known for the performance of his poetry.

Fortner Anderson has presented his poetry at the Berlin poesiefestival, the Universidad Nacional (Bogotá), the Banff Centre (Alberta) and St-Mark’s Church (New York). In June of 2002 and in again in 2008, he was invited to Genoa (Italy) to perform at the 8th and 10th editions of the Genoa International Poetry Festival. In April of 2010, he was a featured performer at the Festival des Musiques Actuelles à Victoriaville presenting his poems in the acclaimed multi-media spectacle La salle des pas perdus. From 2016, he has presented the 12 hour and 10 minute reading of his work Points of Departure at galleries and festivals in Canada. His recent poetical text for performance, Considérations sur la cause de notre grandeur et de notre décadence, will be presented in 2018. In early 2019, he will present his performance works at the Casino Luxembourg – Forum d’art contemporain.

His poems have been recorded many times and published widely. In 2017 he was invited by Estuaire magazine to present 10 recent poems. His six solo CDs are sometimes I think (WOW, 2000), six silk purses (WOW, 2005), he sings from (WOW, 2007), solitary pleasures (&records, 2011), annunciations (les blocs errants, 2013). His latest book project, Points of Departure, a book encased in bronze, appeared in 2017 and is published by small perturbations press.

He is a current vice-president of the Canadian Coalition for Cultural Diversity and member of the board of directors of the League of Canadian Poets.

Geneviève Letarte is a Montreal writer, singer and performance artist.

She is the author of four novels, amongst them Souvent la nuit tu te réveilles (L’Hexagone, 2002) and Les Vertiges Molino (Leméac, 1996), and of two books of poetry entitled L’année d’après (2014) and Tout bas très fort (2004) both published by Écrits des Forges.

She is known for her live performances that combine poetry, music and song such as Poèmes en pyjama (Festival Voix d’Amériques, 2011) and Dans la voix de quelqu’un (Studio de la Place des arts, Montreal 2004). She has also produced three recordings of her songs, amongst them Âmes soûles (2007) published by Ambiances Magnétiques.

Her translations of Mavis Gallant’s books Le Week-end en Bourgogne (Les Allusifs, 2010) and Rencontres fortuites (2009) made her twice finalist for the General Governor Award. She is on the editorial board of the Montreal literary magazine L’Inconvénient, where she is a columnist.

Geneviève Letarte has been welcomed as a writer in residence at Passa Porta (Brussels, 2017), the Olivieri bookstore (Montreal, 2015), the Banff Centre for the Arts (Alberta, 2006), Yaddo (Saratoga Springs, USA 1991) and in the Quebec Studio in Paris (1988). She has participated in many cultural events in Quebec and Canada, in France, in Mexico and Cuba, and in Armenia. 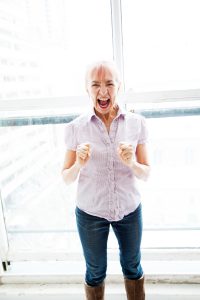 She is also a community artist, and is a founder of the digital media center for women in Canada, Studio XX, as well as the innovative female choral group, Choeur Maha, among other choirs. Her sonic installation/ performances for large groups of singers and radio, called “sonic choreographies” have been performed internationally. She currently directs the Concordia University chamber choir, and also teaches electroacoustics there. She gives workshops and presentations on listening skills, vocal improvisation and acoustic ecology.